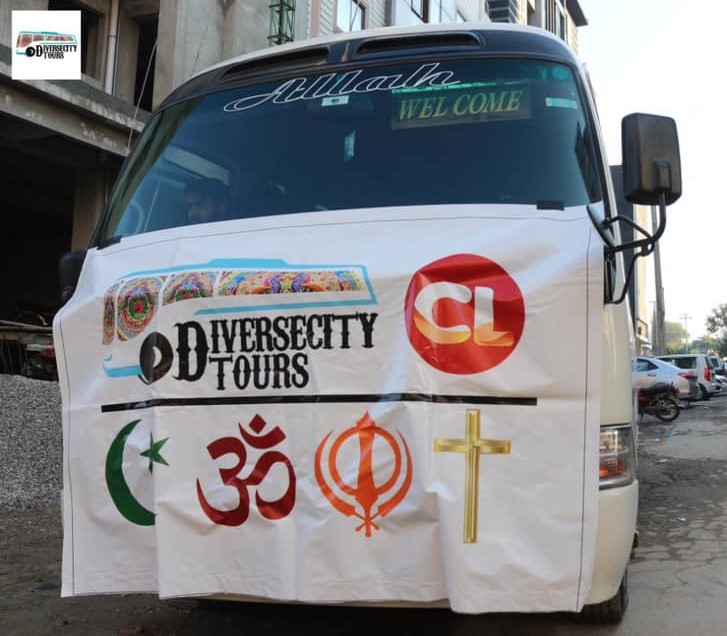 One of the more serious problems Pakistani society currently faces is the rise of religious intolerance. Behind this rise lies a breakdown of communication between the diverse religious elements within the country, especially between the majority Sunni population and the minority religious groups: Shias, Christians, Sikhs, Hindus, Baha’is, Ahmadis, Zoroastrians and adherents of various indigenous faiths.

While an Islamic Republic in name, Pakistan has a progressive Constitution that guarantees the freedom to worship and practice every religion. And yet, because the vast majority of the population of Pakistan is comprised of Sunni Muslims, many are not exposed on a daily basis to those from other religious groups or sects. This population, therefore, are vulnerable to believing - and in some cases acting upon – stereotypes, rumours and accusations directed toward other religious communities. They are exploited by increasingly mainstreamed extremist elements, in the context of an especially volatile socio-political climate.

“Diverse City Tours” – a campaign launched by five young activists – is hoping to bridge these divides. By working with diverse local communities to curate cultural tours, this grassroots initiative aims to promote pluralism by exposing people to religious cultures, narratives and histories that are different from their own. For a longtime, the espousal of ‘diversity’ within the capital city has been subdued, and minority groups in Pakistan have found it challenging to define their own narrative as a result. This local tourism program offers an opportunity for individuals from all backgrounds to express and experience what it means to be from different religious and sectarian heritages, and still be Pakistani.

Diverse City Tours led their first tour around Islamabad on 01 February, 2020. Gathering  twenty participants onto a tour bus, the day started at the ‘Buddha Caves’ located at the outskirts of Islamabad, replete with relics of the Buddhist era that date back to the 8th century. A local guide and member of an indigenous ethnic tribe that have served as stalwart guardians of the caves welcomed the participants with a history of the site,and how it had often changed hands over the years, between Buddhist, Hindu, Muslim and Sikh dynasties. He and the participants conversed over the concept of ‘duty’ to preserve one’s heritage, and related that concept back to his own community’s role in the caves’ preservation.

Stopping along the way - at a Hindu mandir (temple) - the tour group were greeted by Mahesh Kumar, a Hindu rights activist based in Islamabad. He helped contextualize the role of Hinduism in the history of the Indian sub-continent, a religion that dates back to the times of the Indus Valley civilization. The participants were surprised to find out that there was a common misunderstanding regarding the religion: differentiating Hindu people, originally a Greco-Persian term referring to the ancient peoples along the Indus river banks, from Hinduism, the broad term for all of the religion’s denominations, from Sanatana Dharma, the core religious doctrine and faith that was the original name for Hinduism. Inside of the mandir, a second surprise: a Gurdwara (Sikh temple) at the centre of the compound, and a Gurmukhi (the script used by Sikhs and of Indian Punjabi) greeting above the door.

One of the final stops was a visit to the Al Kauthar Mosque, a Shia place of worship in the heart of Islamabad. Both male and female Shia scholars sat down with participants in an interactive session aimed at introducing them to an Islam less commonly found in Pakistan. Even today, Shiites in Pakistan are subject to attacks, persecution and scapegoating from hardline Sunni Islamist sects. They are targeted with hateful propaganda that spread disinformation about their practices, and demonize their beliefs. Dispelling myths, breaking down stereotypes, and countering sectarian narratives, community representative Ms. Zakia Najafi very openly discussed the history and practice of Shia Islam, allowing participants to ask pertinent questions and address any confusions they had, in a safe space and without fear of judgement.

Such varied exposure over the day gave participants the opportunity to form connections in their minds between these different religions, peoples and cultures: how they relate to one another, how their histories have intertwined, and how together they comprise the Pakistani identity.  It’s an important step for young people to take at the early stages of their personal and professional development to begin to understand the complexity of Pakistan’s diversity, as it will translate to how they approach one another in the future. At one stop, for example, participants were introduced to the Baha’i community for the first time - some of whom, before this meeting, were totally unaware about even the existence of such religious groups in Pakistan.

The sight of people belonging to different religions, sects, ethnicities - all under one roof, in one bus, travelling together, enjoying each other’s company, talking and interacting, learning about their faiths and cultures, in a most hospitable and fun-loving way - was an incredibly unique experience. It is extremely rare to see such congeniality in a country like Pakistan and as soon as photos and posts were shared of the event, the wider public were awestruck that such an initiative exists. Commenters begun showering this pilot project with their support, demonstrating their own interest in being part of it.

And much can be learned from this project. It has resulted in a novel network of “Interfaith Leaders” across the city and country, which can be drawn upon in future iterations of this project on a national, rather than just municipal, level.

To date, no tourist group in Pakistan has been involved in anything akin to this type of tour: being taken to a variety of places of worship or cultural significance and getting the opportunity to engage with people there to foster mutual understanding – and certainly not in a single day. Bringing people with different traditions into contact with each other combines experiential learning with experiential leisure. It provides meaningful exchange in a relaxed and safe context;replacing hard with soft impact.

This is especially true fora country like Pakistan, which in recent times has become increasingly familiar with polarization and division. Most importantly, insidious narratives revolving around the idea of Muslim supremacy can and should be challenged with campaigns such as these – showcasing that Pakistan’s identity is synonymous with diversity, equality and mutual respect.