How youth activists in North Macedonia are using their creativity and the online space to tackle diverse social issues. 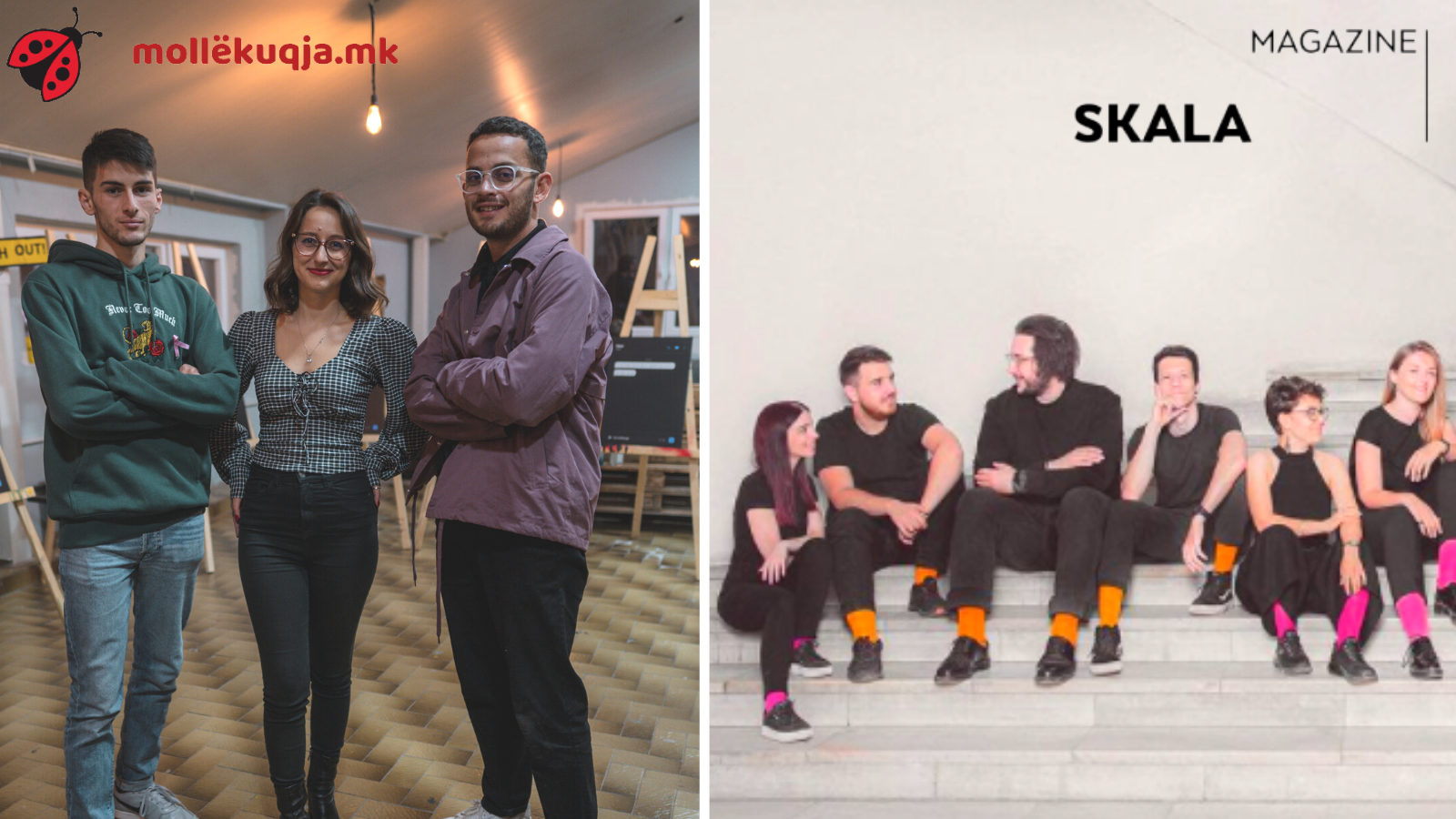 As anywhere else in the world, young people in North Macedonia are constantly on their phones. They also youth face plenty of social issues that are often left unaddressed and ignored. That is why our teams, Ladybug and Skala participated in the Young Cities programme and chose to use social media and digital platforms to address the issues young people face in different facets of their lives. Ladybug works on empowering women in North Macedonia, while Skala promotes local youth artists and raises awareness about issues such as combatting prejudice and providing young people with more opportunities for their future.

With support provided by Young Cities and its local partner in North Macedonia, Democracy Lab (DemLab), the Ladybug team created a campaign about hateful messages that young girls receive on social media. It named the campaign “Seen”, in reference to such messages that girls and women receive and view, but tend to ignore instead of report. “Seen”, because this issue of online hate speech, sexism, harassment and bullying towards women and girls needs to be recognized and addressed.

Skala has also been carrying out its initiative through digital means. Through publishing daily blogs, interviews,photographs, illustrations, columns, videos, podcasts and more, it will be addressing five different social issues in the next five months. Skala believes that young artists are very much needed in the creative industry and their work must be supported and amplified. Young people have a lot to say about the state of their communities and country, and Skala’s platform, known as “Skala Magazine”,aims to be their safe space for self-expression and greater recognition.

Why is Skala crucial to North Macedonia’s Youth?

Skala is the first Macedonian, student-led platform for design and modern art, established to promote local young creatives and connect students and independent artists with relevant companies and organizations. The Skala Shop has also been set up to compliment this platform as a way to allow artists to financially support themselves by selling their work. Additionally, the team is in the process of making Skala Studio –the first studio of its kind that specializes in producing audio and video materials for design and art. Skala also hosts and produces mentor reviews, a “student scene”, live TV programmes, events, and a Weekly Cultural Informantor. Through these various avenues, Skala is able to reach and engage a greater number of young people and even older artists.

The Skala team realized it is imperative to give space to social issues and change. As a public medium for art, it is important to pay attention to what is happening in the country, as well as what is not happening. Skala wants to raise awareness about social issues in North Macedonia. That is why the team decided to explore ways in which it can work on social topics together but also with external collaborators. With support and guidance from DemLab and Young Cities, Skala will dedicate the next 5 months to showcasing art that spotlights topics such as generating social change, combatting stereotypes, and promoting education, inclusion, acceptance and equality.

Аrt as a Tool for Social Change

It is through art that awareness can be raised,stereotypes can be broken, and society can be changed. Art helps shift people’s perceptions and shines a light on societal problems in way that can eventually move people to action and improve communities collectively. Skala believes that stigmatized and taboo topics, such as the ones it will tackle in the coming months, can be addressed effectively through art, as most young people find it is easier to use photography, design, art and illustrations to express themselves and connect to the world around them, than words.

Like Skala, Ladybug has also chosen to use digital platforms to reach young people and address the social issues that they face. While participating in the Young Cities programme, Ladybug decided that it is time to talk more about online harassment and the messages young girls receive with threats, hate speech and offensive content.

The Ladybug team surveyed 200 girls to see what they usually do when they receive inappropriate and unwanted messages, and the answer is one they already expected: they ignore them. Therefore, Ladybug’s goal is to empower young women to respond to harassment on social media. “Seen”is what the team called the campaign, since simply seeing these messages and allowing the perpetrators to continue their abusive behaviour is a social problem that needs to be addressed.

Living in a patriarchal society and talking about these kinds of issues is not easy. Young girls usually choose to remain silent when they get an inappropriate message, thinking that if they talk about it, society will blame them. Victim-blaming is not unheard of, it happens everywhere in the world. In order to create a safe space for women on the internet, Ladybug designed the media platform, mollekuqja.mk. Through this platform, Ladybug aims to not only inform young girls about different gender issues but also allow them to anonymously share their opinion on such matters and find the support and resources they need. It is important for them to see that they are not alone.

The campaign focuses on giving women and girls a platform for their voices, to tell their stories about online harassment. Even though almost every woman and girl receives messages that are offensive,this trend is treated as a “public secret” in society. To combat this silence around the issue, Ladybug organized exhibitions in the cities of Tetovo and Gostivar, North Macedonia where online abuse and unwanted messages were showcased publicly, to make them visible to the world and highlight that they are neither normal or acceptable. Just like Skala’s approach, Ladybug believes that art is the best way to amplify a social issue on a broader scale.

Where do Skala and Ladybug Meet?: Initiating Social Change through the Internet

Digital platforms help us share information and connect with our target audiences. In Ladybug’s case, its online presence has allowed it to reach young girls and women and teach them how to use social media reporting mechanisms properly. When police and state institutions fail to respond and protect girls and women facing online abuse, social media platforms offer avenues for support. However, it is not always clear how and where victims can report online harassment, which leads them to ignore the issue – something that Ladybug advises against. The team’s online platform provides information on how to effectively respond, and on how to apply pressure on police and state institutions to address these social problems that require structural attention and change.

Skala Magazine also aims to find direct ways to engage with its community of artists and activists. Digital platforms have allowed it to reach an unlimited number of people, which became especially important during the COVID-19 pandemic. Due to limitations on physical gatherings, online spaces opened opportunities to tap into various communities and an unlimited number of markets. Digital tools for promotion, for example, allowed Skala to advertise its social media pages and website, and connect with other artists from countries beyond North Macedonia. Like Ladybug, they were able to leverage digital platforms to build relationships with young people who were particularly interested in the resources and opportunities they had to offer in the creative space.