Peacemaker 360: Celebrating the power and beauty of your peace activism story 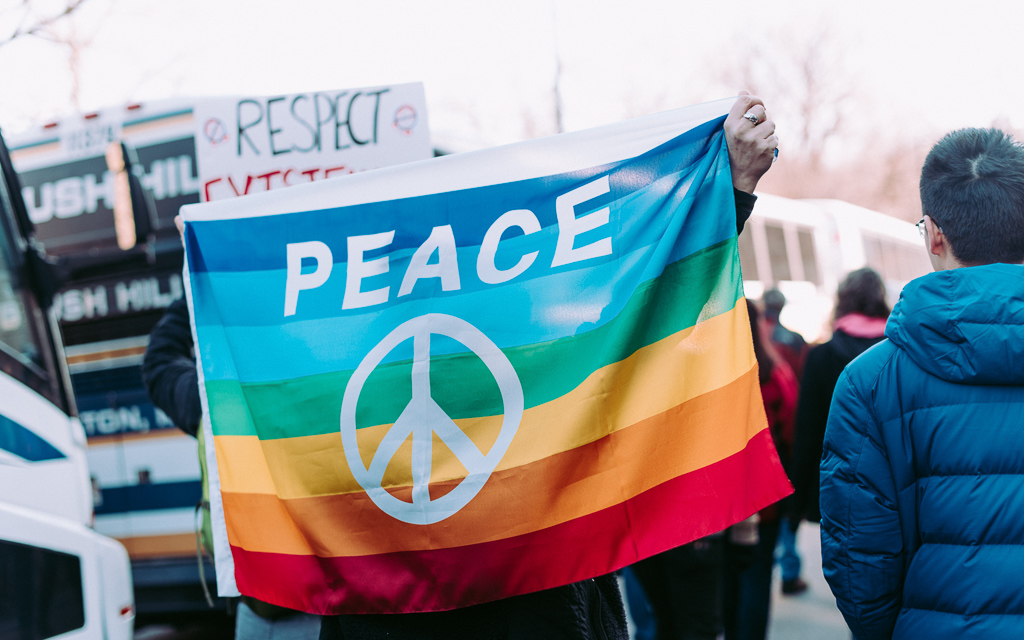 My name is Christian Cito Cirhigiri. I am a youth advocate and peace journalist from the Democratic Republic of Congo. Growing up in Bukavu eastern Congo, I have experienced first-hand the effects of violence and decided from a young age to be a positive influence for peace. In my personal and professional journey, I have met incredible people affected by or responding to violent conflicts around the world and have found hope and inspiration in their stories of resilience.

I recently completed a Master’s degree in International Peace Studies at the University of Notre Dame in the United States. This program deepened my understanding of the complexity of tackling violent extremism and hate speech in our current times. In the summer of 2015, I conducted a research on the role of student movements in challenging stereotypes that contribute to polarizing ethnic relationships among students in 25 Universities in Burundi, eastern Congo, and Sri Lanka. This research helped me appreciate how deeply ingrained hate speech is in the day to day interactions among students of various ethnic groups. This reality is partly due to deep seated historical tensions passed down from generation to generation that in turn manifest in blatant or subtle dehumanizing of “the other”. Another important finding of this research was, because of the mainstream media’s complicity with the status quo, it deliberately leaves in the dark positive roles played by student associations in promoting ethnic reconciliation. The pollution of the mainstream media by this “us vs them” false dichotomy has further entrenched a narrative of hate and violence of people from other communities. My activist’s instincts became immediately preoccupied by this situation and I felt the necessity to be involved. At the moment, I did not know what to do and how to go about it but I knew that I needed to do something to contribute to the bridging of the divide. And however small my contribution, I was resolved to act. In February 2016, I finally came up with the idea to start Peacemaker 360, a social media campaign that profiles and shares peace activists’ stories with three specific goals: inspire, connect, and amplify efforts of global peace activism. The more I reach out to youth working on various peacebuilding themes including violent extremism and hate speech, the more I realize the necessity to have intentional spaces where youth around the world celebrate each other’s efforts and open a candid dialogue about the challenges they face in their works.

In his book “The Moral Imagination”, renowned Peacebuilding scholar John Paul Lederach challenges the field of peacebuilding to create spaces for personal stories to fit in the discourse of conflict resolution. He argues that the field loses its vocation and imaginative power when it is too preoccupied with the mundane at the expense of personal stories of those affected by or responding to conflicts. I believe that in every person’s story there is a creative impulse capable of inspiring, giving hope, and informing the right course of action to take in addressing violent extremism and hate speech – but only if we choose to pause and listen. This is my challenge to all peace activists, researchers, educators and organizations addressing violent extremism and hate speech: Shall we pause a moment and listen to one another’s story in this noble struggle? If you accept the challenge, then I invite you to join us at Peacemaker 360, learn from someone’s story and also let us learn from your story. We are all in this together. See you there!

Celebrating the difference youth can make in peace intitiatives.