How Lebanese youth are widening perceptions of Old Saida from the ground up. 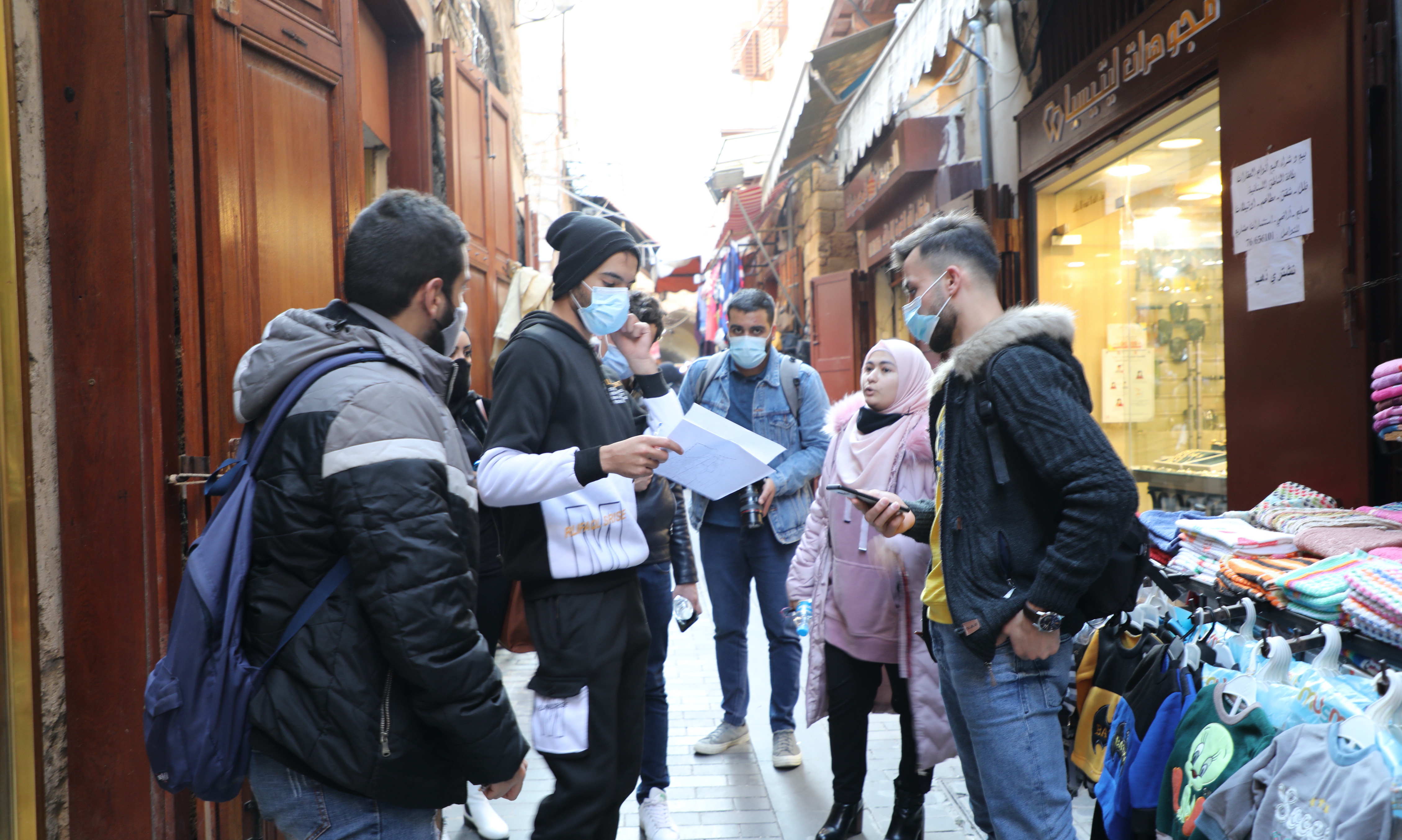 Saida, Lebanon’s third largest city, is ethnically and religiously diverse. The history of Old Saida can be traced back over 6,000 years to the times of our Neolithic ancestors. Since then, hundreds of religions and cultures have called the coastal city home.

For over a century, the accumulation of conflicts and crises has impacted the social fabric of Old Saida. The communities living in the city’s historical heart have experienced a degradation in their relationship to one another – fueled by experiences of violence, extremism, and slow developmental progress.

My name is Al Hassan. My colleagues, Karim, Ritaj, Nour and I, share an appreciation for Old Saida’s significance and believe in transformative change led by young people.

Human development is an essential factor that can facilitate the socio-economic development of the Old City and contribute to lifting vulnerable groups out of poverty.

Based on this belief, our team created the “Youth for Peace-Old Saida” - a peacebuilding initiative aimed at promoting a culture of dialogue among young people and experts on the development of Old Saida.

Old Saida’s significance stems from the millennia of civilizations who left everlasting marks by transforming this coastal land into a core economic facility of the Middle East. It was also home to several historic houses of worship to different religions. The streets of Old Saida tell a story of humanity and diversity; and yet, this story is under-recognized and the city’s community members deserve better livelihoods.

While local and national authorities and civil society organizations have conducted extensive rehabilitation and reconstruction work to improve the infrastructure and livelihoods of the community, development remains slow. Much of this can be boiled down to two main factors.

The first factor is the political instability prevalent in Lebanon. Lebanese society has experienced 15 years of civil war between 1975-1990, assassinations and armed conflicts, which continue to slow down progress, especially during current economic, political, and health crises.

The second factor is the physically enclosed nature of Old Saida’s urban design. Its isolation from the rest of the city has led to extreme conservatism in its community. Historically, the Old City used to have fences and doors that closed at night. All other quarters in the wider Saida metropolis today extend from the Old City. While they develop, their origination remains static. So, those who stayed and inherited their ancestors’ homes in the community are less familiar with the world outside – including the fast-paced change and progress happening at the local and global levels.

According to a report on Old Saida (https://unhabitat.org/sites/default/files/2020/11/un-habitat-unicef_old_saida_neighbourhood_profile.pdf) by UN-Habitat in December 2019, 6.7% of children aged6-14 in the city never attended school, while 18.6% of girls aged 15-19 are married. Moreover, young people make up 15.4% of the Lebanese population and over 73.9% of them are unemployed. Sustainable and collaborative interventions and policies can contribute to more investment in the Old City as a core tourism hub in Lebanon and the Middle East, which would help economic growth in the region.

Therefore, “Youth for Peace-Old Saida”emerged as an initiative based on partnerships with local authorities, the Municipality of Saida, and the Hariri Foundation for Sustainable HumanDevelopment. The latter has more than 40 years of experience in national and local development through its rehabilitation centers, which act as medical, educational, and cultural facilities in the Old City.

Hariri Foundation supported Youth for Peace’s initiative by facilitating and providing learning materials for a training that was held in the Outreach and Leadership Academy (OLA) building. This building was reconstructed and activated by Hariri Foundation in 2015 as a center to confront all forms of violence and extremism with knowledge and capacity development. Youth for Peace’s program aimed to build the capacity of 20 young men and women from different areas in Saida through interactive content that taught them about non-violent communication skills to resolve conflict and the value of having a diversity of cultures.

The trainees also walked the streets of Old Saida, visiting bazaars, landmarks, and local businesses to see it from different perspectives and understand the social, historical, and cultural factors that contributed to violence and division in the city. The walk allowed them to reflect on the strengths and opportunities to tackle these issues as well.

The participants shared their thoughts and recommendations with members of the municipal council in the Municipality Palace after gaining this new perspective on development and being trained by experts in local development from the Hariri Foundation. Through these activities Youth for Peace was able to foster a culture of dialogue, peacebuilding, and development in their community.

While Youth for Peace had a limited timeframe and number of participants and partners, its focus on engaging young people in local development, creating a culture of dialogue among citizens and local authorities, and cooperating with well-experienced civil society institutions made the project a distinctive model for engagement.